In this post, we’re going to go over connection pools how to use ex_rabbit_pool to manage connections and channels. These concepts will be covered further in my course at ElixirConf.

Think of a connection as a tunnel, and a channel as a bunch of runners that go through the tunnel. Photo by Marcos Nieto on Unsplash

Channels allow you to multiplex over a single TCP connection. Since connections are pretty heavy (costing the server about 100KB), channels give us a way find the resource sweet spot. The Channels guide notes that pooling should be used when managing your own channels becomes a pain but why not go for broke from the jump?

Let’s start with a project:

Add this to application.ex Run iex -S mix and you’ll see this in observer. 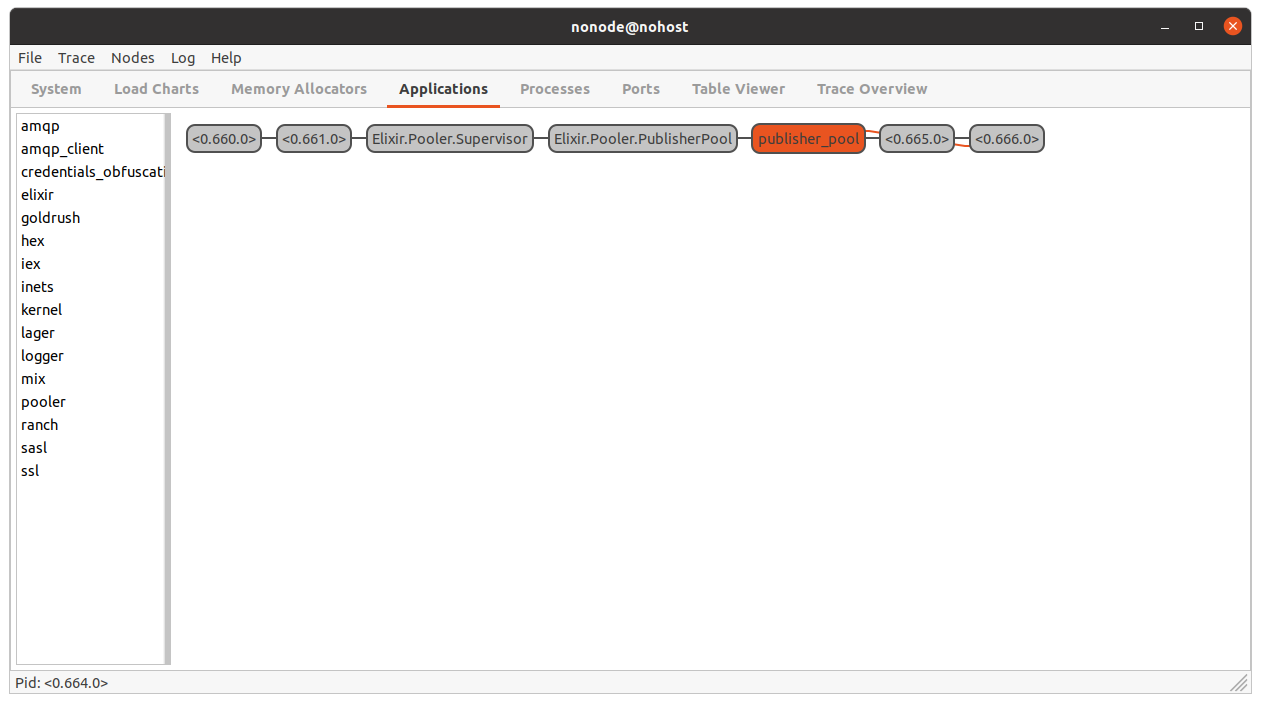 Open the Rabbit Console and you’ll see 1 connection and 2 channels. Just what we want!

Let’s create a publisher that publishes to a what_should_we_do exchange with a payload of “Pool Time!”

The ExRabbitPool.RabbitMQ module delegates all of it’s calls to the underlying amqp library, but we’ll use this to support any changes they may make in the future. Don’t worry about declaring the exchange multiple times. The only time this will cause a problem is if you call it with different configurations on subsequent calls.

In iex run Pooler.PoolTimePublisher.publish, then open the rabbit console to see your new exchange!

Peanut butter has Jelly, Publishers have consumers. We’re going to take a different approach for consumers, instead using a provided macro that hides all of the fetching and returning stuff the ExRabbitPool.with_channel/2 function was doing for you.

First, we need a new pool.

Very similar to the Publisher Pool, except we’re going to bump the channels to 5. This is something we’d tweak over time, with a good signal being that your consumers occasionally crash because they can’t get a channel. This could be due to consumers taking a long time to finish a request, or having more concurrent work than you have channels. In any event, this is something you’ll have to tweak for your environment.

Same as before except with a higher channel count. Be sure to update application.ex

On to our Consumer. The best APIs offer nice abstractions but let you reach into the internals when needed. We’ll see how in a bit. We’re going to create a queue that consumes messages from our exchange. We’re going to use a named durable queue to allow us to stop consumers and not lose messages.

A lot going is on here but let’s take a look.

The other callbacks defined are basic_consume_ok/2, triggered when a consumer successfully joins, and kbasiccancel/3basiccancel_ok/2` for handling cancellation events.

Let’s see how you work with this thing. Let’s publish a message that says “Pool Time!” on to the what_should_we_do exchange.

Start firing off those messages with Pooler.PoolTimePublisher.publish/0.

This might seem like a big lift, but there’s one big benefit to not having to manage your own channel handshakes. Failure. If you were managing channels and connections on your own, you’d have to write a slew of other processes to free up resources when you failed. Or you’d have to set up separate monitors to clean up after your GenServers. With ExRabbitPool you keep things in a clean, expected state. Let’s update our consumer to raise an exception like an underslept teenager. We’re going to change the restart strategy to :temporary to not bring down the world,.

Go ahead and publish some messages. Sure it crashes, but look at your stats.

Rabbit is holding on to your message until you get can get your act together.

… and your channels are ready to field new requests.

That’s all for today. Thanks for reading.